I know Christmas is over but I just have to share how Christmas Story the Old Russ house on Main Street in Winslow looked. Debbie Lamb and her husband have done a fantastic job on the remodel and I can’t wait to see what they do with it.

I have recently received an email from Jack Young, He grew up at the top of Muren Hill in the last of the old portland cement houses that are left. He tells a story of falling out the back door of that house when he was three years old into the canning jars and said he still has the scars to prove it. My brother remembers an old fruit cellar in the back yard of that house.

He shared a couple of pictures and some stories of Muren School and some stories of my dad. If you knew my dad, Jim Lynn, they are classic. I believe my dad lived his life to the fullest, was a dreamer and a trader. They used to trade. I can remember us always going to different peoples houses so dad could trade guns or whatever. We would sit in the car with mom and listen to the radio. Once in awhile we would go in, usually to see something unusual. A talking bird was the most interesting I can remember.

I remember that he set up a store in Arthur.  I traded for a hunting bow and later a single shot rifle from him.  We lived on Muren road across from the microwave tower. He would drop by to say hello.   I sold him at least one car.  I will never forget the small rear engine car that had the front end damaged and Jim built a plywood box to replace the truck (front) and he put lights on the box and for show he put an old lawn mower engine on the box for fun.  Looked like the car was being powered by a lawn mower engine.   Jim once told me of how he shot a flying duck over the pit behind the Muren church with a 22 rifle which had a scope. He said he just pulled up the gun and the scope was full of duck so he pulled the trigger and was lucky to hit the duck.

I went to school at Muren for my first year.  Only one room was used.  Some good memories and some not so good.  I don’t remember who the teacher was, but he would send someone across the road to cut switches for him.  I remember Peno Sharp getting his mouth taped shut and Bub Brewster getting slapped. The teacher had been warned by Jack Brewster not to slap Bub.  Bub went home at lunchtime and Jack came to school with a baseball bat after school.  They came to an agreement about slapping without any injuries taking place. We, the kids, found it very exciting.   In the winter the  school was heated with a pot belly stove in the back of the room.  In the spring we had a wonderful picnic on Turkey Hill. I was always getting into trouble for drawing cars rather than doing my assignment  and had my coloring crayons confiscated.  Guess that I haven’t changed that much.

One photo taken at the Muren school house on the day that my brother Lester came back from Korea. It is not all the kids in the photo.  A lot of Sharps, Brewsters and Bolins. 1952

The other photo is of Bud Sharp (on left) and Lester Young. Bud was the son of Ed and Odene Sharp. She was a Simmons before marriage to Ed. Unfortunately, Bud was lost in the Korean War. Lester was the son of Denver and Flossie Young.

Do you have any information about the Coleman family that ran the old Store. My Aunt, Carrie Jackson, married a Coleman who’s parents ran or owned the Store. His nickname was” Bowhunk”. These are from old and somewhat foggy memories. Trying to get my Ancestry items together. Also, looking for a Lisa Simmons who is related to my wife. Don’t think she is a blood relative of the Simmons of Muren.

If anyone can help Jack out with these people reply in the comments.

It’s good to be blogging again after a rough couple of years and sharing memories of Muren. It will always seem like home to me.

One hundred years ago in our county, baseball was a popular sport.  Every little community had their home team.  Their games were well attended and rivalry was big.  Unlike today, it didn’t take a lot of money to play the sport you enjoy.  They didn’t have to have the fanciest ball fields.  Every neighborhood had a dirt lot that was a ball field.

Not much is left of the old Muren anymore.  As many places as I have lived, Muren will still be my home stomping grounds.  We moved a lot, but always seemed to come back there.

My Aunt Jane McCandless shared this photo of the Muren Browns with me that her husband, Elwood McCandless had.  The year was 1921.

This was an enhanced version of the original. 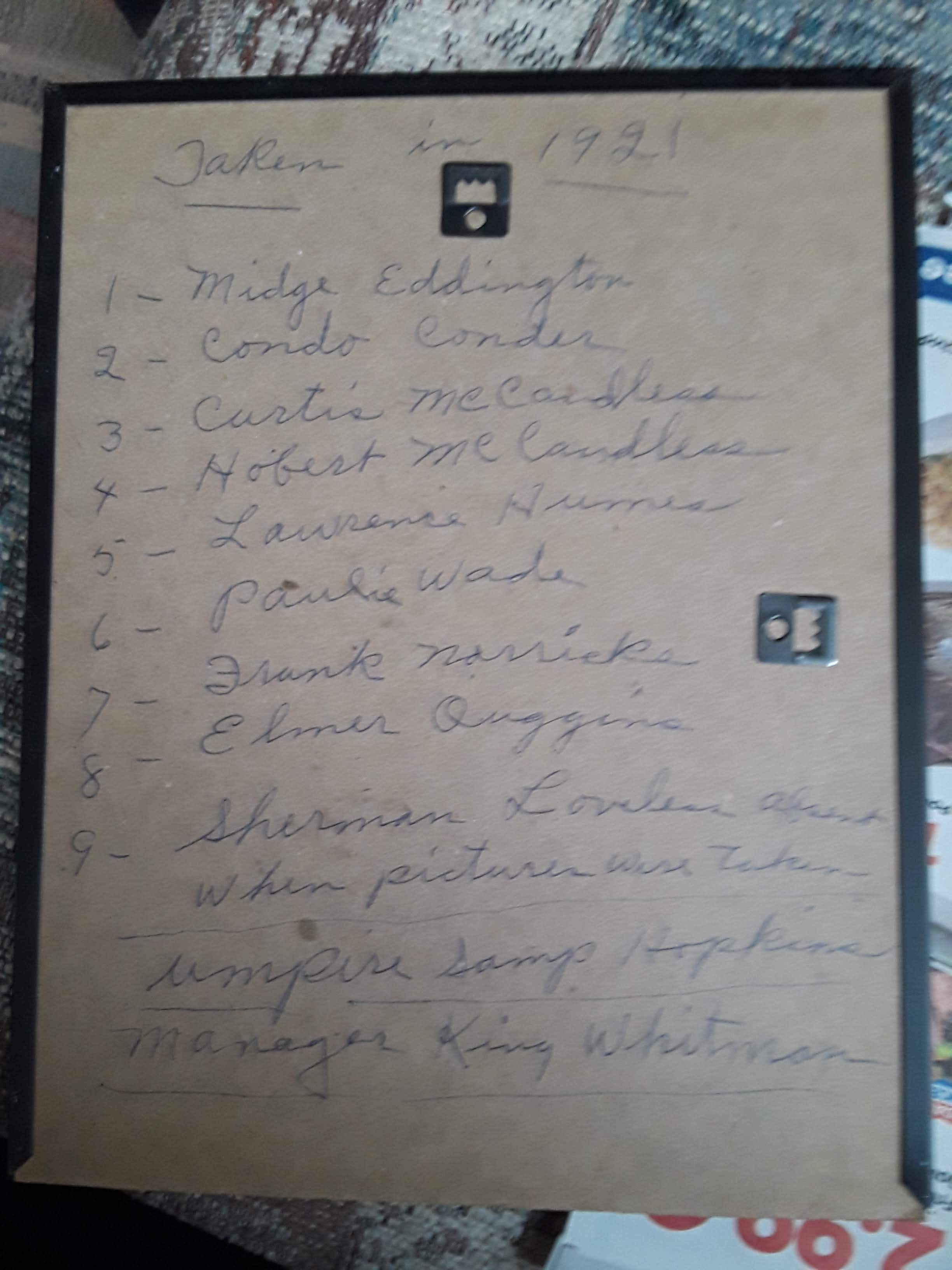 Yearbooks can have within their pages some hidden treasures.  This page features some old Winslow area advertisers.  Thank you 1974 WHS Yearbook staff for taking the time to put this page together.  Interesting that the Ku Klux Klan which was so big in the area in the 1920s advertised in 1924. 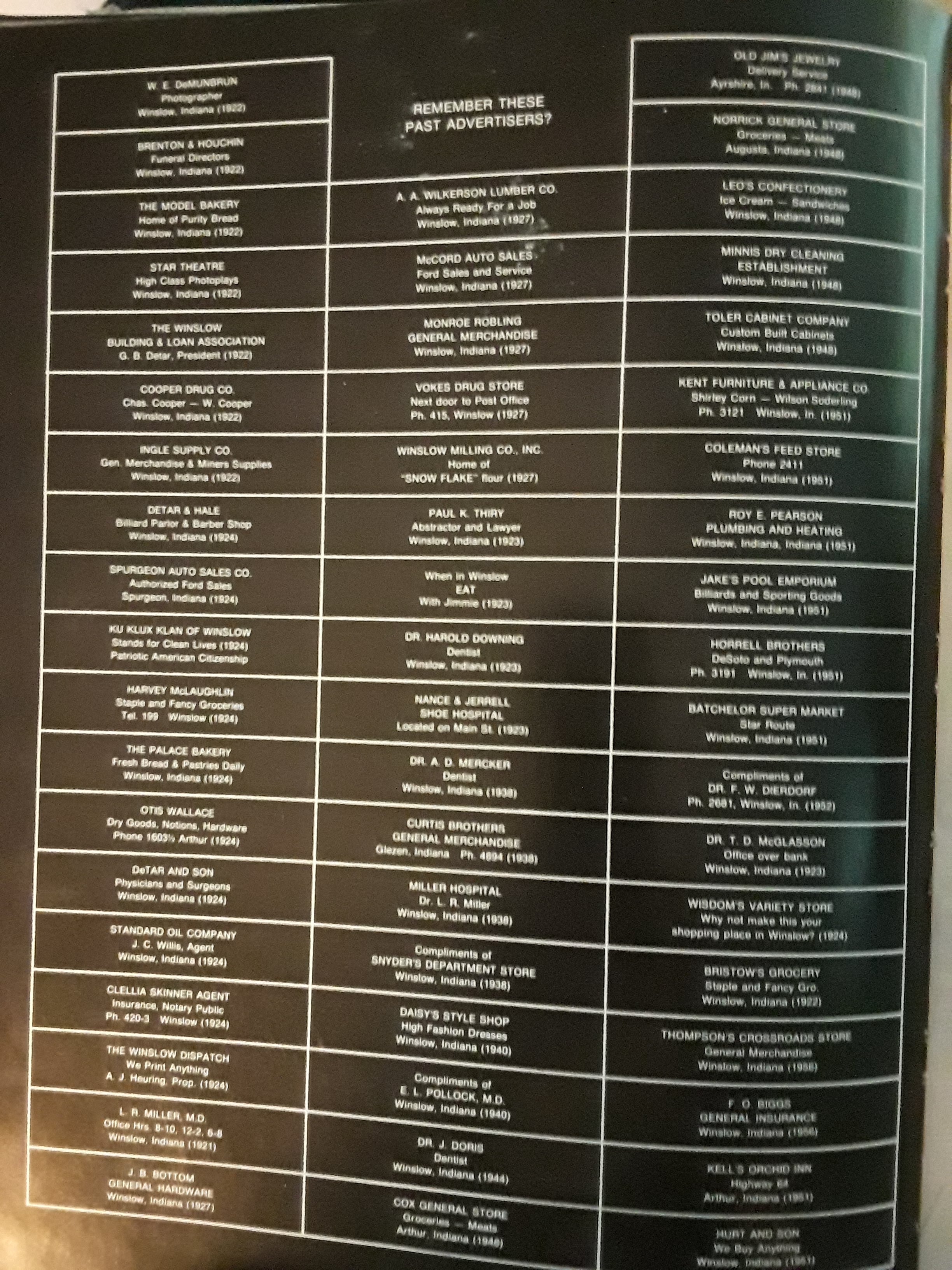 The Keeton family has been so generous with their sharing for my blog stories. Their ancestors lived and worked in the area with mine. My Mammaw always talked about the crush she had on Ed Keeton. Pappaw John and Kitty told stories on each other until they were both gone.  I sure miss their generation and wish I had listened more.

Perry Keeton shared these photos of his father, Lawrence Keeton from the CCC camp in Winslow. 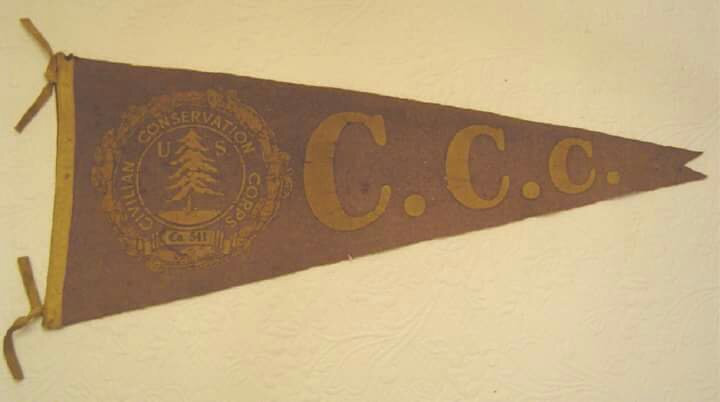 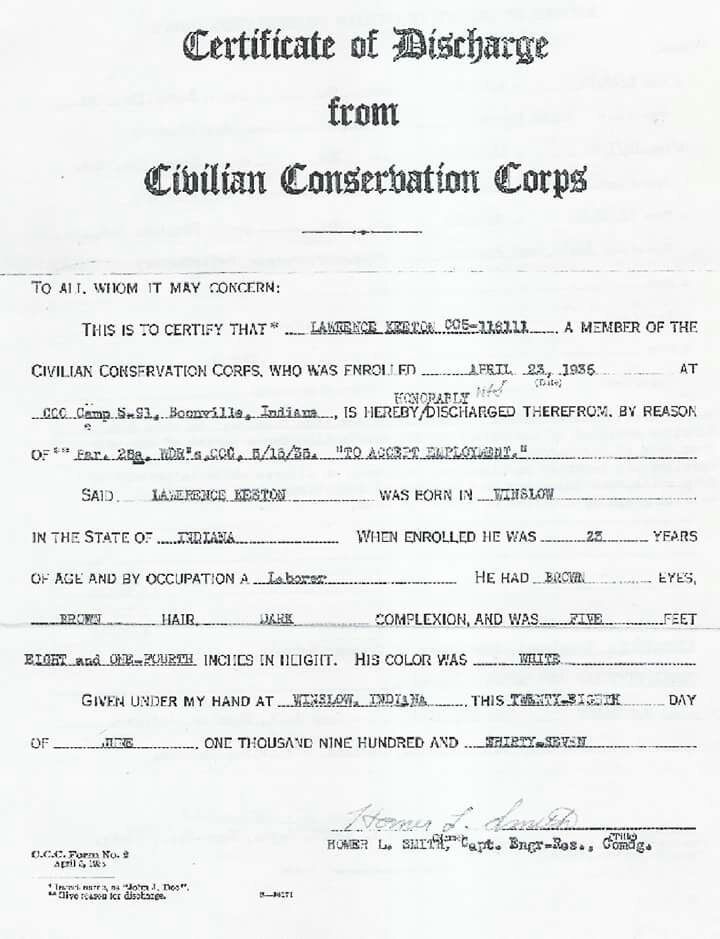 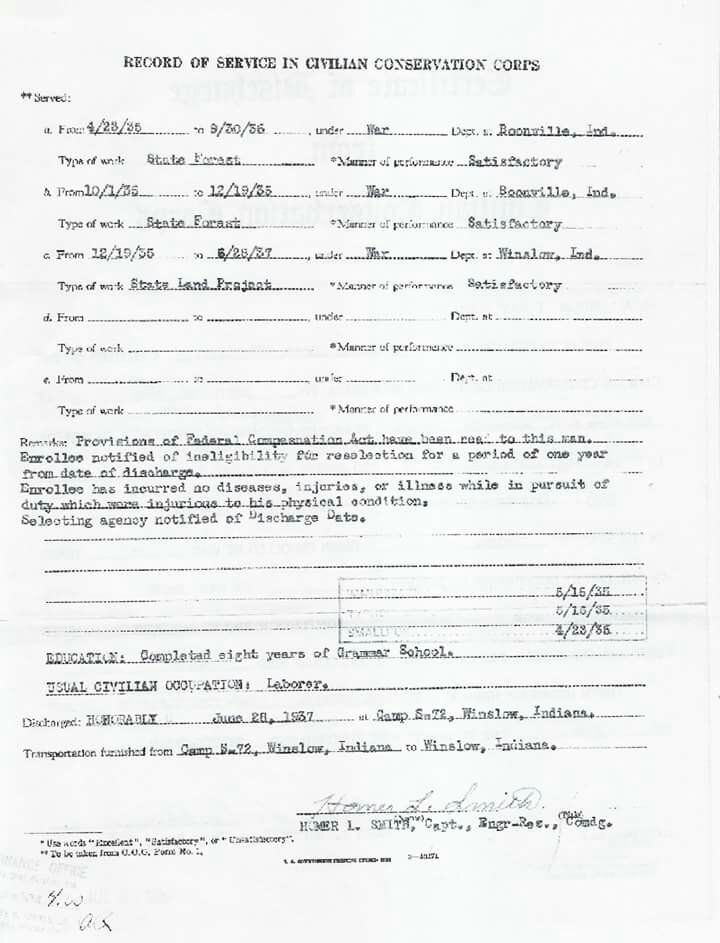 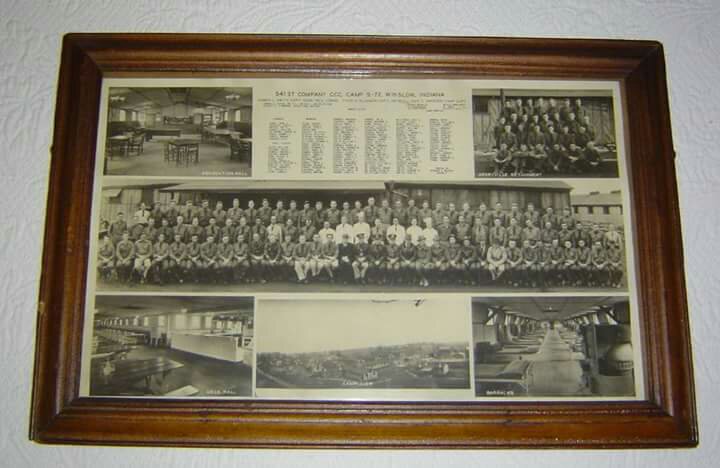 © Rose Beyke and Winslow, Indiana and Patoka Township at https://indianastoryteller.wordpress.com/ All Rights Reserved 2009 Commercial use and distribution of the contents of the website is not allowed without express and prior written consent of the author.
Loading Comments...
Comment
×